The Mysterious Diedrich Knickerbocker From CC The Legend of Sleepy Hollow 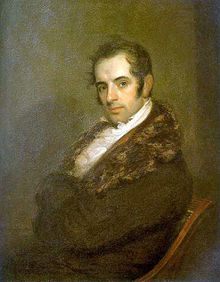 Washington Irving had a strong feel for satire, and his first successful book , A History of New York, parodied the self importance that was prevalent of many New Yorkers at the time. He wrote this book under the pseudonym, Diedrich Knickerbocker, and launched his own brilliant promotional campaign to generate interest in his book. He placed several missing persons ads in the newspaper seeking to find the crusty old Dutch Historian, Knickerbocker. He also placed ones that were supposedly from the hotel where he was staying, stating that if he failed to pay his bill, then they would publish his book and collect the royalties. The story held the public in thrall, and they rushed to buy it when it came out.* 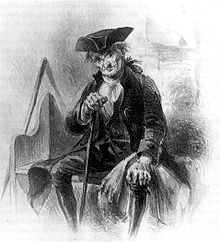 But Irving wasn't done with good ol' Diedrich yet. He reappears in Irving's Book The Sketchbook of Geoffrey Crayon, a collection of short stories including "Rip Van Winkle" and "The Legend of Sleepy Hollow." He is especially an integral part of Sleepy Hollow. The beginning of the story states that it was found amongst the papers of 'the late Diedrich Knickerbocker'. As the story is told in first person, it begs the question of how Knickerbocker would know so much about the interior thoughts and intimacies Ichabod and Katrina shared. Unless...


By the time we had cleared the top of the ladder, Katrina’s ample breasts were exposed to our eyes, her peachy nipples at a hard peak. All that she had left to divest herself of were her undergarments, and she did so slowly and saucily, creating more discomfort for my crotch. I could tell this would not do for what I had planned, wanting to take my time with her tied up to the railing and taking her downstairs as well where I could tie her to a post and whip her. I would not last in this condition.
“My dearest lovers, I’m afraid I need a quick release in order to facilitate this evening’s games more effectively.”
Both Ichabod and I were still near the top of the ladder standing in the loft, and Katrina—now completely nude—crawled over to us. She looked up at Ichabod and winked. He dropped to his knees, and they began to pull at the opening of my pants. Katrina tugged them down to my ankles, whilst Ichabod cupped my bollocks with his long fingers, teasing and tickling the underside in the way he knew I loved so well. He then presented my pulsing staff to Katrina, and she sucked it into her mouth greedily, taking it all the way in.
I suppose for the sake of clarification only, I should mention that whilst I am not short changed in the manhood department, my cock did not present as much of a challenge as Ichabod’s gargantuan member did. She suckled me in a hungry manner, pulling at my shaft with her hot moist mouth, sending delicious shivers up my spine. Ichabod replaced his hands with his mouth on my testicles, and sucked each in one at a time, licking them boisterously. As I was already in a fevered state before they began, their lusty mouths on both cock and balls simultaneously afforded me no chance to resist, and I spent my seed down the lovely Katrina’s throat.
I fell to my knees in thanks to them both. I kissed each one in succession, my fingers entwined in their hair, tasting first my salt, then my musk on their tongues.

Pick up a copy HERE and read the rest of this saucy menage.

Posted by Morticia Knight at 12:40